This is one of of the most harrowing stories you will here, except you will not here it on the BBC or the other fake news outlets.

Three people forced laundry detergent into a pregnant teenager's mouth as they tried to make her have a miscarriage, a court has heard.

The victim, who was 17 at the time, was kept hostage for hours as she was punched and stamped on during the attack in Harlesden in December 2018.

Harief Pearson, 22, his cousin Kydie McKenna, 22, and a 16-year-old girl all pleaded guilty to several offences at Harrow Crown Court. 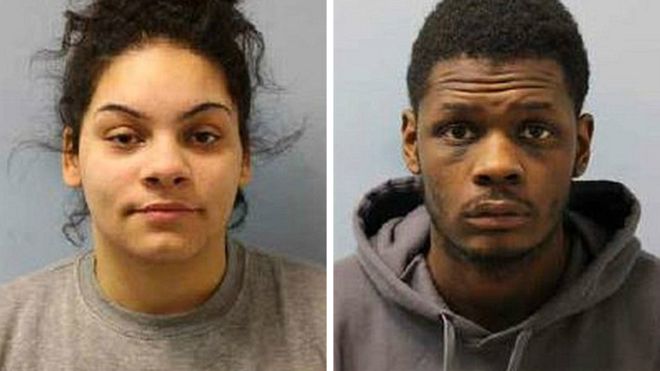 They will be sentenced on 5 July.

Pearson had orchestrated the attack at his home "because he did not want to be a father", according to prosecutors.

He had searched "how to get rid of an unwanted pregnancy" and "what can heroin do to an unborn baby" on his phone before the attempt to get rid of the child.

He told the pregnant victim "it didn't have to be like this" as his two accomplices punched, stamped and kicked the girl on her stomach, back and chest, then ripped off one of her nails and poured alcohol over her face.

Despite the violence, the child survived the attack.

Senior crown prosecutor Luisa Stuart said both Pearson and McKenna had threatened the 17-year-old to stop her telling the police what had happened during the "vicious, shameful and pre-meditated attack".

Pearson admitted attempting to cause grievous bodily harm with intent and perverting the course of justice on 6 June, part-way through his trial.

The 16-year-old, who cannot be named for legal reasons, also pleaded guilty mid-trial to attempting to cause grievous bodily harm with intent, administering poison with intent to procure a miscarriage, and false imprisonment.

McKenna, from Royal Park, Ealing, admitted attempting to cause grievous bodily harm with intent and perverting the course of justice at a hearing on 10 May.

There was a time when we English use to cherish our children and anyone that dared to harm them felt the full wrath of the law. Not in today's soft touch England with our kid gloves criminal justice system. The perpetrators of this heinous crime will likely receive a slap on the wrist. But ask yourself, if beating a vulnerable teen and pouring laundry down her throat to force a miscarriage is grounds for a criminal conviction, why then is there an abortion clinic in every English county, depriving our nation of the children it so desperately needs?