It just keeps happening! Another Five men have appeared in court to face 36 charges of child grooming.

The court heard the charges related to three girls, two aged under 16 and one aged under 18.

The men were told the next hearing will take place at Nottingham Crown Court on 5 December.

Mr Shazad, of Ewart Road, Forest Fields, Nottingham, faces 11 charges, including two counts of inciting a girl to engage in sexual activity and one count of possessing an extreme pornographic image portraying a sex act with an animal

Ansar Ahmed, of Radford Road, Nottingham, faces six charges including one count of meeting a girl under 16 following grooming and causing a girl to engage in sexual activity 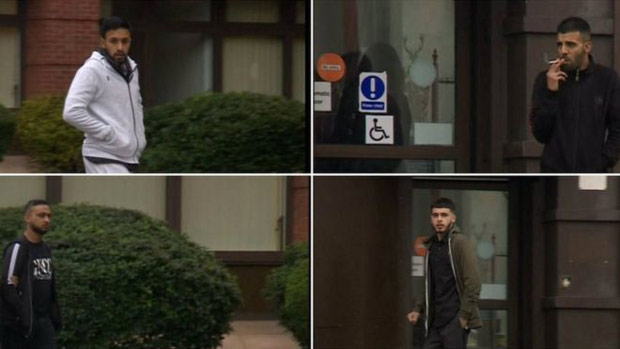 Waqar Akhtar, of Glentworth Road, Nottingham, faces two charges: one of taking away a child in care and one of removing a child under 16 from a person who had lawful responsibility for them

Waqas Akhtar, of no fixed abode, faces six charges including two of engaging in sexual activity with a girl.

And absolutely not mention as to the background of the victims, coincidence?