Once again, we are astounded by the naked propaganda being espoused by the state broadcaster and other Channels with Boris taking decisive and legal action to ensure that his opponents cannot undermine the democratic will of the people.

Not that we fully trust Boris nor do we know what type of game he playing, but the hysterical shrieking of the snowflake left kind of makes up for the national uncertainty.

Have a look below at what is currently on the homepage of the BBC: 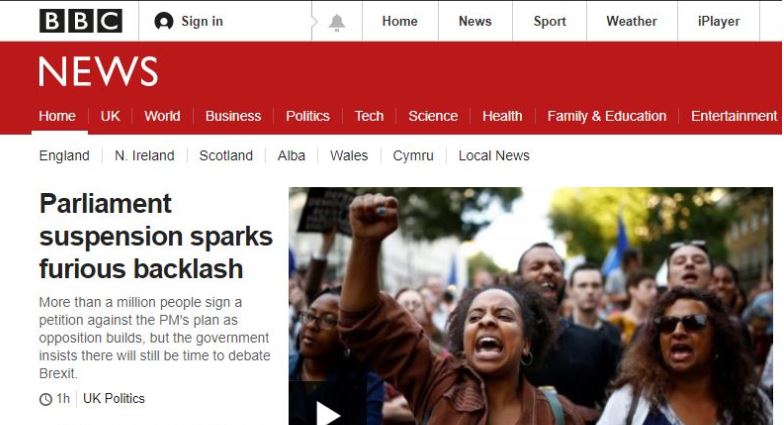 Look at the use of the word ‘furious’, look at the image utilised of a an angry ‘diverse’ group of citizens, look at the way they are pushing the remain led petition by saying over a million signed already?

Channel 4 is also subsidised by the taxpayer and receives EU funding as well. Their Chief Executive has openly said the PM is a liar and it is their duty to call him out.

Sky News is referring to this as a ‘Constitutional Crisis’. It is of course no such thing and they are merely agitating for trouble. Typical fake news from supposed "journalists."