Steven Bray is the full time anti-Brexit campaigner who has become a somewhat notorious figure around the Houses of Parliament with his high profile chants of ‘Stop Brexit’. Bray has been accused by some of being frequently drunk and has been told to back off by high profile brexiteers.

Questions have been asked around the prominence given to him in mainstream media broadcasts as well as his links with numerous pro-EU Soros funded campaigns.

He has now taken to Twitter to claim that he has sensationally been BANNED from College Green facing a jail sentence if he returns. As you can see below the comments are not exactly sympathetic: 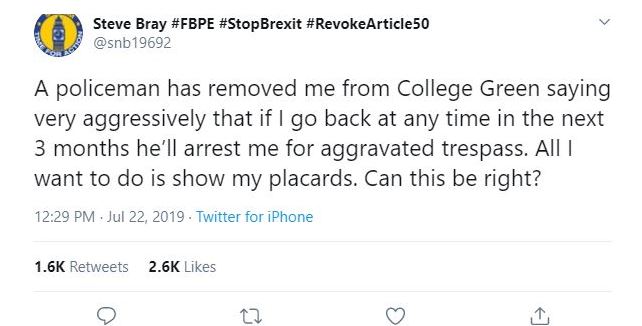 As you can see below he is pictured here with a giggling Jo Swinson the new leader of The Liberal Democrats: 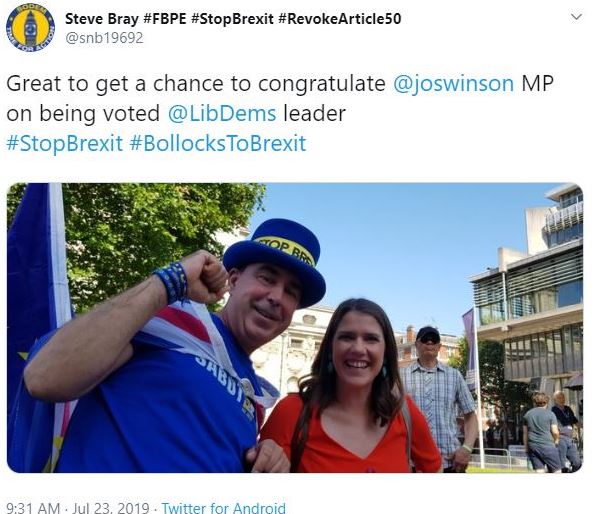 Look below at the way Channel 4 news gives their campaign such prominence. 750k a year Jon Snow could quite easily move to block those flags out or use a different camera angle. 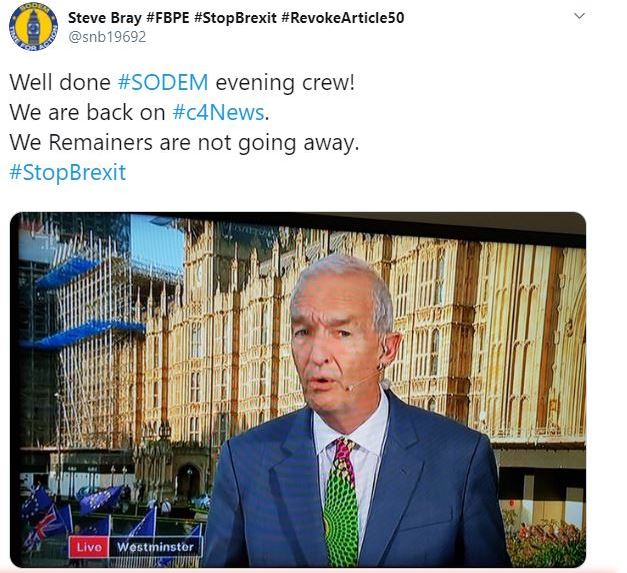 Whether Bray is being truthful or not is unknown but if that is the case it would appear that the Police have reached the end of their tether with Bray… as have the majority of people in England trying to watch the news!