Analyst on May's Brexit Plan: Isn’t at All Unlikely That UK Is Going to Break Up 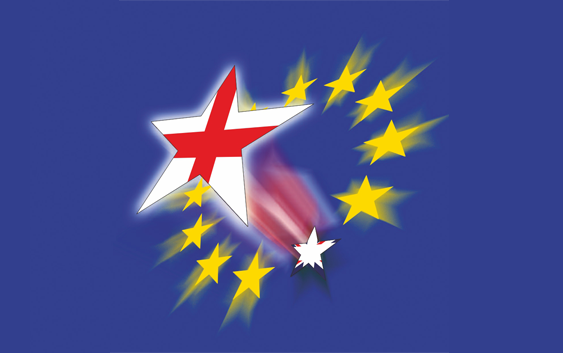 British Prime Minister Theresa May has sensationally postponed a parliamentary vote on her Chequers Brexit plan, much to the outrage of the pro-Brexit factions in the commons. Sputnik spoke about it with Robin Tilbrook, leader of the English Democrats.

Sputnik: What do you make of Theresa May's decision to cancel the vote on her deal?

Robin Tilbrook: Wasn't it an astonishing turn around? We had not only the European Court of Justice saying that the Article fifty notices could be revoked, but we then have Theresa May coming forward and basically admitting that she couldn't possibly get her deal through the House of Commons, and then talking an absolute load of nonsense about going back and getting some more reassurances.

In order to get it through the house, she's got to find some other legal mechanism to deal with the so-called backstop.

It isn't at all unlikely that the UK is going to break up. We've had movements towards that sort of thing for quite a while, and the SNP are getting more and more excited, that that's the way it's going to go.

Public opinion in Scotland seems to be going towards independence, and clearly, if anything like the current deal offer goes through, then Northern Ireland is very likely to be separate from the main UK, so with either of those happening, you've got dissolution of the United Kingdom occurring.

Personally; as an English nationalist I don't find that a problem, because we're paying quite a lot at the moment to maintain the union and are mostly only getting grumbles and complaints in response for all our money.

Sputnik: Would we be in this situation with a pro-Brexit leader?

Robin Tilbrook: One of the most extraordinary things that's happened in the past three or four years is the sort of implosion of incompetence in the Conservative Party. The reason why we wound up with; as Jacob Rees-Mogg called it, a remainer who's remained a remainer as leader, was because the two leading Brexiteers knifed each other.

Particularly the loathsome Michael Gove backstabbing Boris Johnson, who would otherwise have become the leader. They would then have had Boris Johnson as a keen Brexiteer, with the number two in the cabinet in Gove as another Brexiteer.

I suspect if that had happened; we wouldn't be anywhere near where we are now.