Bradford: Knifeman is jailed for 11 years

A man described by a probation worker as ‘very dangerous’, who went on to stab two people in a nightclub and left one needing 40 stitches, was today jailed for 11 years,

Rohaan Akhtar had been drunk when he injured five revellers on a night out in West Yorkshire on July 21. 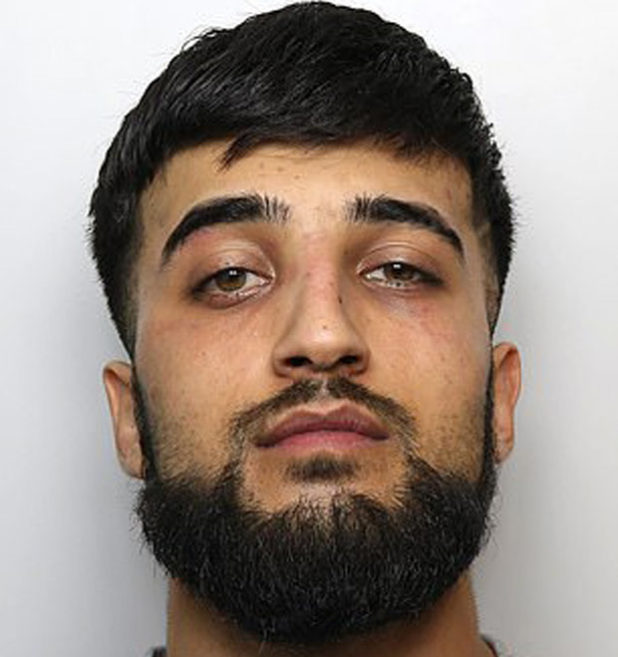 CCTV footage played in court showed the 21-year-old inflicting ‘appalling injuries’ after he stabbed and slashed two of his victims to the head.

Akhtar had been out drinking in Bradford when he turned violent at the Village nightclub.

Prosecutor Philip Adams told Bradford Crown Court that at 4.30am a CCTV operator alerted police to an on-going fight outside the establishment.

Inside the club a man called Andrew Fletcher had received a 2.75 inch (7cm) wound from his left eye to his lip.

After that knife attack Akhtar left the club with his group, and Mr Fletcher stormed out looking for those responsible for his face wound.

A passer-by, Reece Barrett, who had not been in the club, was approached by Akhtar shouting ‘come on’. Mr Barrett backed away but was floored by a blow from behind from one of Akhtar’s friends.

Speaking in court Mr Adams said: ‘At that moment the defendant saw the position that the complainant was in and moved forward and stabbed him in the left hand side of his head, causing a nasty, gaping wound.’

Another man called Reece Broadbent also suffered horrific injuries in the melee as Akhtar slasheed out with the 4in blade silver lock knife.

Mr Broadbent received a 1.57 inch (4cm) cut to his forehead, a 1.57 inch 4cm laceration to his scalp, as well as neck and chest injuries. 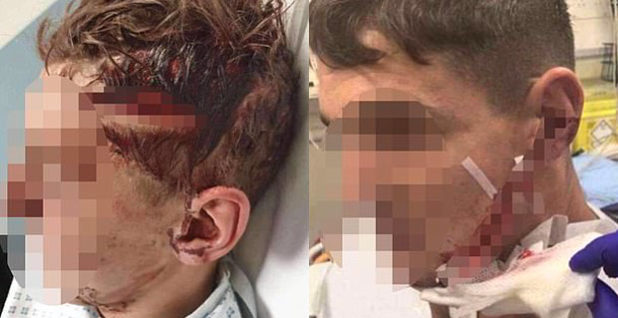