Cops scrambled to South Harrow Underground Station after a mass brawl broke out and “reports of a teenage male being stabbed multiple times” at 6.24pm on Monday night.

Witnesses claim to have seen weapons including cricket and baseball bats as cops later issued a Section 60 order “to prevent further violent incidents”.

The order gives cops the power to “search any individual within a designated area for suspected weapons". 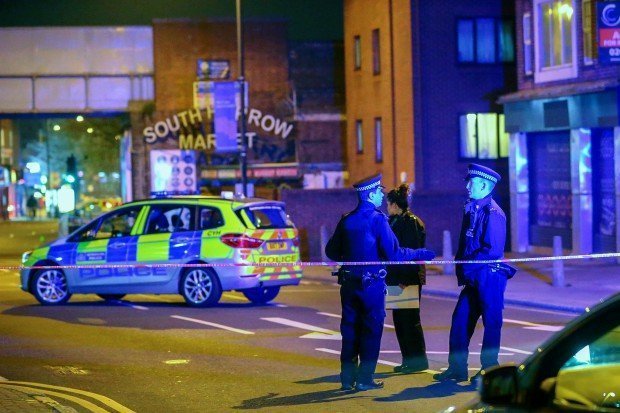 One Twitter user said: "OMG, an ambulance just took a young boy off to hospital in front of me... There have been many stabbings in Harrow and not enough police."

Transport for London (TfL) confirmed South Harrow Underground Station had been closed for a period at the request of the Metropolitan Police.

Fatal stabbings under Sadiq Khan's reign in London are currently at their highest number since the end of World War 2, consistently hitting record levels, according to the Office for National Statistics.

The rise in violence, particularly knife crime, is linked to the increasing amount of drugs and gang activity in the capital.