In an interview with Breitbart London, Speaking for Veterans for Britain, a pro-Brexit pressure group led by and representing Armed Forces veterans, former commander of British forces in Helmand, Afghanistan, Colonel Richard Kemp said that the scope of the fund would actually extend far beyond its €13 billion headline price tag.

“Member-states have to comply with EU defence policy just to be in it, then they have to abide by the fund’s governance structure overseen by the EU Commission. 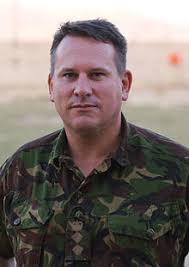 The fund is used as an incentive for member-states to adopt changes the EU wants to impose on the actual national budgets of member-states,” he suggested.

“It is not a collaborative industrial scheme,” he warned. “It is a policy grab.”

Colonel Kemp, weighed in on the Brexit referendum debate in 2016 to dismiss then-prime minister David Cameron’s allusions to an exit from the EU leading to war as “beyond parody”, further denounced EU military integration as “an anti-democratic travesty, not least from our own ministers who consciously overrode standard Parliamentary scrutiny procedures in order to put the United Kingdom in it.”

“The very fact that it is a magnet for policy compliance is dangerous for our democratic control of defence and our relationship with the U.S.,” he warned.