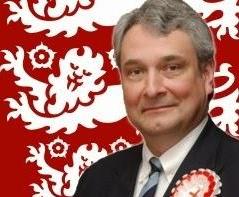 Following the latest twists in the Brexit Parliamentary fiasco and my previous blog article about the case to stop any extension to Article 50 except by a full Act of Parliament, I have written again to the Government’s lawyers as follows:-

English Democrats – v - the Secretary of State for Exiting the

We refer to the above matter and to our letter of 20th March.  We note that, since that letter was dictated, the Prime Minister has written a letter to the President of the European Council, Mr Donald Tusk, formally asking for an extension of the Article 50 Notice period.  This request for an extension has been made without the authorisation of an Act of Parliament.

A long line of legal authority, including the Gina Miller case, has repeatedly reaffirmed that the Prerogative powers only exist in the absence of Statutory powers.  The only relevant Statutory power was that set out in the EU Withdrawal Act 2017, which gave the Prime Minister power to serve a Notice to terminate the UK’s membership of the EU.

It follows that on the face of it, the Prime Minister’s request for an extension is illegal.

Also any agreement for an extension which might have been agreed by the European Council is also without any Statutory authority.

We thought it only proper to raise these points in the light of on-going developments, especially in view of your not having fully responded to our initial Letter before Claim.

Support the legal case to stop extension to Article 50 http://englishdemocrats.party/donate