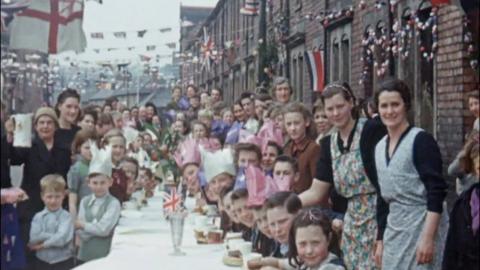 Britain's English Prime Minister Winston Churchill and U.S. President Franklin D. Roosevelt were able to agree on and implement a strategy based on demanding an unconditional surrender by the enemy, with focus first on the European theatre, but it was the heroism of the ordinary people of England, bombarded by V2 rockets and incendiary devices, that spurred on our troops and galvanised the English people to take up ours in defence of our ancient liberties.

What would our ancestors who withstood those years of terror think of the attempt by our establishment to link us permanently with the EU superstate, the undermining of our democracy and the loss of our sovereignty?

It is the time to finish the job in their memory!