Labour leader Jeremy Corbyn has claimed that his negotiations with the Conservatives to push for a super-soft Brexit are at risk of breaking down because government ministers want a trade deal with the US.

Mr Corbyn said that talks were not progressing towards agreement of a super-soft Brexit, saying, “The Government doesn’t appear to be shifting the red lines because they’ve got a big pressure in the Tory party that actually wants to turn this country into a deregulated, low-tax society which will do a deal with Trump. I don’t want to do that.” 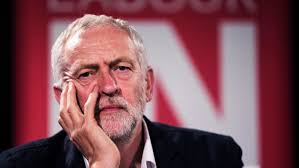 Labour Party sources have told The Sun that the main obstacle to softening Brexit and agreeing a customs union — where the UK would maintain the same trade policies and tariffs as the EU — is international trade secretary Liam Fox, who earlier warned that regulatory alignment with the EU would kill any future bilateral free trade deal with the United States.

In December 2018, the U.S.’s ambassador to the UK Woody Johnson said that the trade deal between the two countries “doesn’t look like it would be possible” if MPs agree to Mrs May’s EU-approved Withdrawal Agreement.

President Trump’s National Security Advisor John Bolton questioned last month why the UK would want to stay closely aligned to the EU, saying, “I don’t understand why you would want to get out of the EU and not be able to set your own rules.

“That’s what independence means and that’s what the President wants to do. He thinks that the EU rules discriminate against American trade, and he wants a free, fare, and reciprocal trade with Great Britain.”