Jeremy Corbyn preparing to launch a vote of no confidence in Boris Johnson’s government, according to the latest reports. 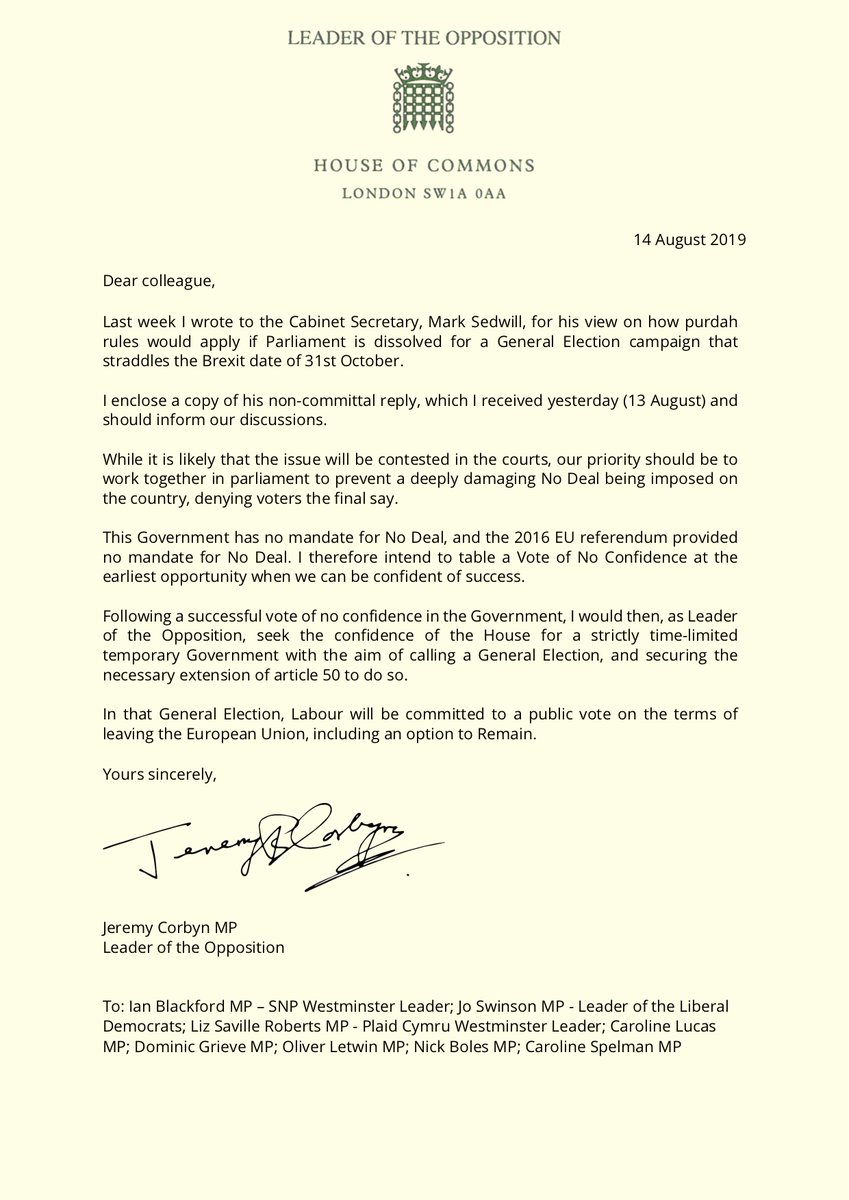 “I therefore intend to table a vote of no confidence at the earliest opportunity when we can be confident of success.

“Following a successful vote of no confidence, I would then, as Leader of the Opposition, seek the confidence of the House for a strictly time-limited temporary government with the aim of calling a General Election, and securing the necessary extension of Article 50 to do so.”

The reception to that idea has already been lukewarm from the Liberal Democrats – but things could change quickly in September.

Since when has Labour ever cared about democracy? What we are witnessing is nothing short of treason!