Did you miss Robin's election update?

One of our candidates BANNED from campaigning and even SPEAKING the Name of her opponent…Anna Soubry!  (I am serious, the court has actually done this to our candidate!!) 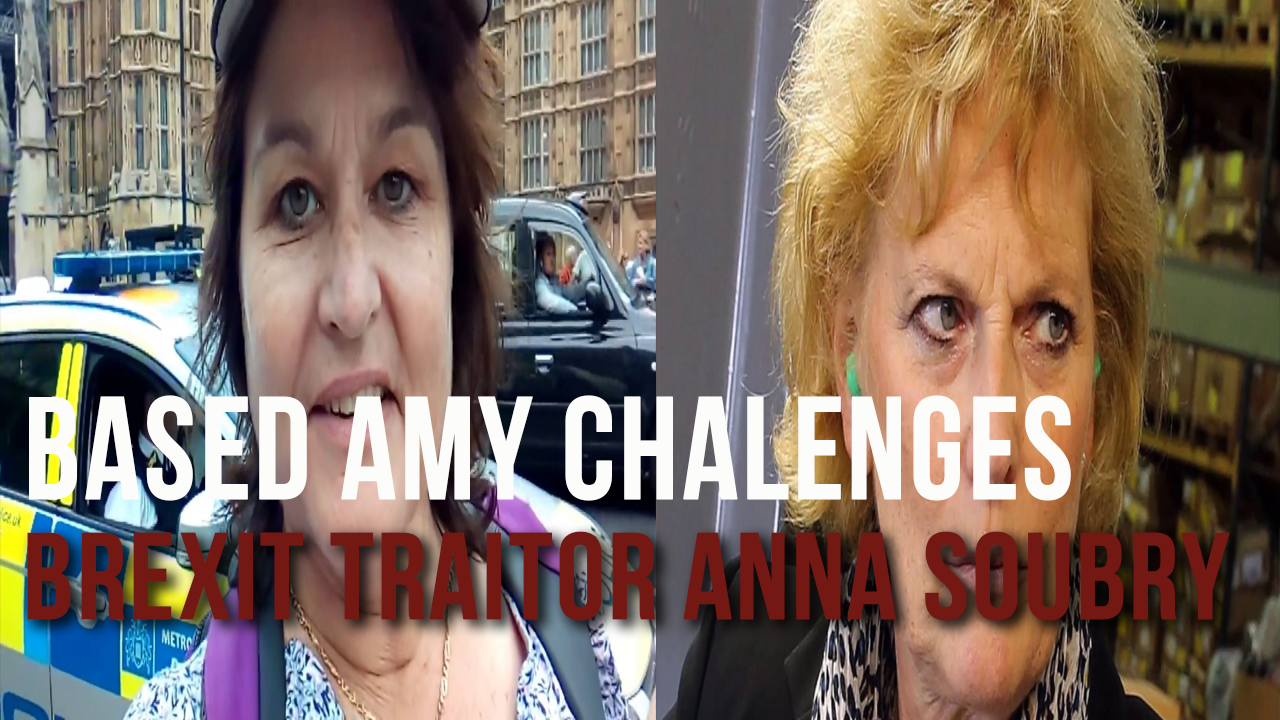 As you know our candidate for the Broxtowe Constituency up against Anna Soubry of Change UK is Amy Dalla Mura, English Democrats – Putting England First!

Her internet handle is “Based Amy” and she is a well-known YouTuber who has been vigorously campaigning for Leave and for our democratic decision to be honoured by Parliament.  She has been a stalwart street activist defending YOUR rights!

Amy spotted one of the nastiest of the Remainiacs, Anna Soubry, giving a Newsnight interview in the central lobby of Parliament.  She shouted out that Anna Soubry was a “traitor”.  A sentiment that most of us could agree with!  She also heckled one of Soubry’s meetings but has otherwise had almost nothing to do with her.

Nevertheless, she has wound up being convicted by the Remain supporting District Judge at the Westminster Magistrates Court, Lady Arbuthnot, the wife of Cameron’s Remain supporting Conservative and political crony, Lord Arbuthnot, who worked as a fellow Minister with Anna Soubry.

Despite the fact that the CPS and the police originally said that there was no offence, Anna Soubry had used her influence to get Amy prosecuted,

The upshot is that she has now been banned from even going into the Broxtowe Constituency in Nottinghamshire, where she is standing against Anna Soubry during the course of this election.

Soubry does not actually live in Broxtowe, she lives Charnwood in Leicestershire and the only consequence is to make it difficult for Amy to campaign.  She is also not allowed to mention Anna Soubry by name!

We need funds to make an application to the Crown Court to vary the bail conditions to allow Amy to properly campaign in Broxtowe or Soubry has won!

We also need funds to bring a Judicial Review to challenge the legal basis interpretation which Lady Arbuthnot has applied to the harassment and hate crime legislation, as this has never been challenged.

All previous Defendants who have been charged with this have given in at the first opportunity, rather than fighting it.  Amy is a fighter and she wants to challenge this and get a ruling that her type of behaviour does not count as harassment it’s just political campaigning.

We also need funds to challenge the conviction in the Crown Court or the elites and anti-democratic fanatics like Soubry will continue to laugh and sneer at ALL of us. We MUST take the fight TO the likes of Soubry and we MUST defeat her and her ilk or we will be no more than slaves to the ruling elites.

I say. WE FIGHT and fight hard. We are FREE men and women and must behave as such so today, right now I am respectfully asking you to use your money as weapons so I can drag this reminisce into court and take her down a peg or two. So, are YOU with me on this?

We are organising a days of action on:-

Please contact our candidate, Graham Moore, on 07506 401201 or by email [email protected] to let him know if you can come and help!