Many Scots, Welsh & Northern Irish sporting fans have explained how annoyed they are that the national anthem of the United Kingdom ,God Save the Queen, is only played for England, who they are competing against, as this robs them of showing their love for the UK. 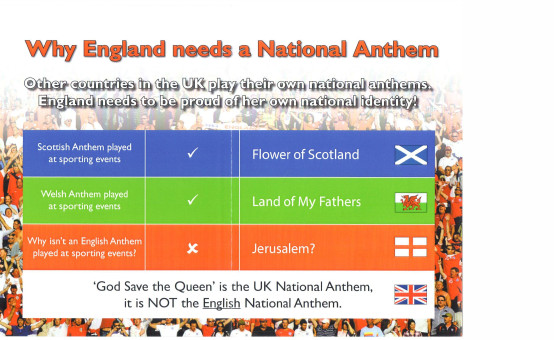 If England play Jerusalem, and then afterwards play God Save the Queen as a unifying anthem, then sporting fans from the home nations would be able to sing God Save the Queen together, which would allow them to show their loyalty to the UK.

Click HERE and show your support that England should have her own anthem played at all sporting events when England compete.