Last week, Hasim Lewis, 32, plead guilty to yet another murder, admitting to an Old Bailey court that he murdered Mrs. Catherine Burke in Muswell Hill in November 2017.

Lewis stabbed a woman to death weeks before he went on to kill a barmaid has been jailed for life.

The naked body of Catherine Burke, 55, was found at her north London home after what was described as a "sexually-inspired" murder.

Lewis was already serving life for murdering 22-year-old Iuliana Tudos on her way home from work.

He was told he would serve a minimum of 40 years in prison for the second murder.

Ms Burke, a retired civil servant, had been bound and gagged and stabbed in the neck, back and stomach, the court heard.

On Christmas Eve 2017 Lewis had attacked 22-year-old Miss Tudos as she passed through Finsbury Park on her way home from a shift working at the World's End pub in Camden, north London.

High on cocaine, cannabis and alcohol, Lewis had slashed Ms Tudos with a broken bottle. During the attack he extracted her PIN number and later withdrew cash from her account. 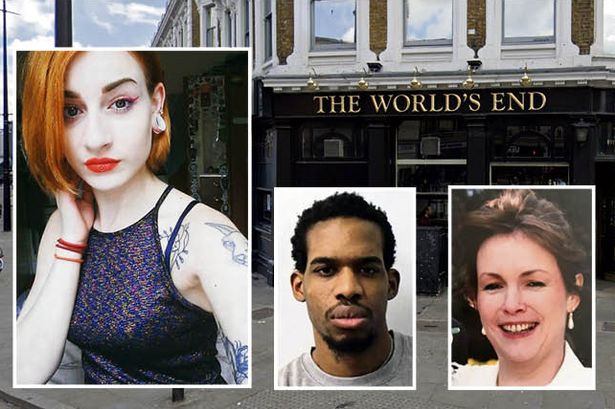 Lewis admitted Ms Tudos's murder in May last year. DNA and other evidence linked him to the killing of Ms Burke.

Lewis initially claimed he had only burgled Ms Burke, but pleaded guilty to her murder on the day he was due to face trial because of "overwhelming" evidence against him, said Crispin Aylett QC, prosecuting.

There were no signs Ms Burke had been sexually assaulted, but Judge Marks said there was a sexual element to the murder, committed while Lewis was a registered sex offender.

Ms Burke's son Niall Galbally told the court: "There are simply no amount of words that can describe the sheer devastation this has caused me and my family."

He said Lewis's "wicked and senseless act" had caused an "untold amount of pain".

Without proper deterrents, pitiless killers will continue to prey on societies most vulnerable. Mr. Lewis will now live the rest of his life in a cosy cell while the families of his victims must live the rest of their lives, robbed of their precious loved ones.