The fight for democracy and Brexit continues. We will never surrender until the democratic will of the people is upheld. The chains of the EU will be broken!

English Democrats Party chairman Robin Tilbrook addressed a UKIP delegation outlining the details of our Brexit court case, the fight against the political establishment and our grounds for a judicial review.

You can watch the entire video below: 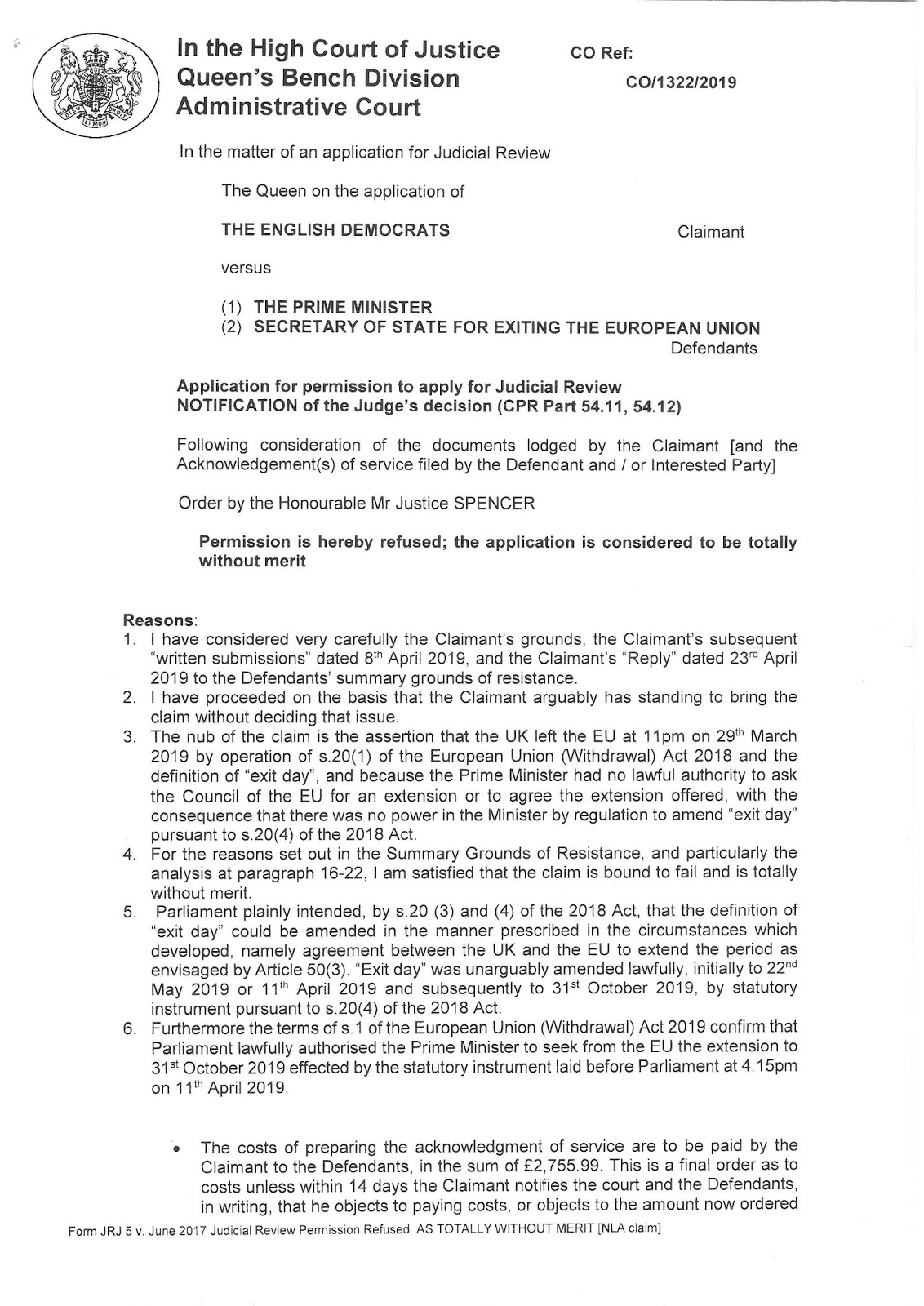 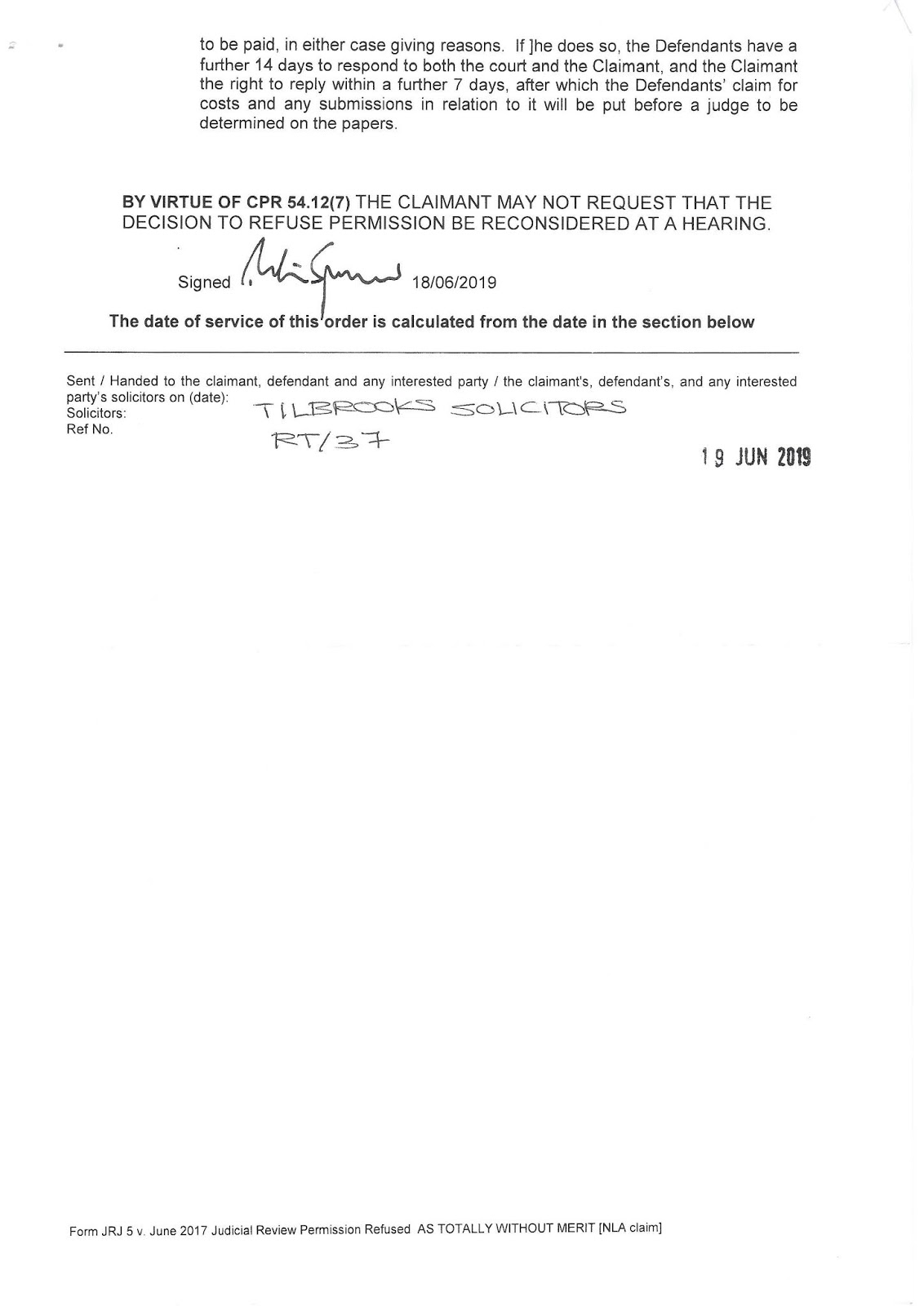 This document certifies that our Application is “Totally Without Merit”.  This is, on the face of it, totally mystifying, as it is obvious that the case is clearly at least “arguable”!

The explanation however lies in the relevant Court Rule which was developed in 2016.  This was supposedly to stop unmeritorious immigration claims clogging up the system.

But we are not taking this lying down. If you are want to ensure our exit from the European Union, our case is the only way to way we are going to break the EU's strangehold on our beloved country. You can play your part in the fight for REAL English freedom by donating today to our fighting fund:

Here is the text of the Totally Without Merit Appeal Rule:-

(2) Where permission to apply for judicial review ….. has been refused on the papers and recorded as being totally without merit in accordance with rule 23.12, an application for permission to appeal may be made to the Court of Appeal.

(4) An application under paragraph (2) must be made within 7 days of service of the order of the High Court refusing permission to apply for judicial review.

We have however appealed in time to the Court of Appeal and here is our “Ground of Appeal”:-

“The learned judge erred in law by finding that it was unarguable that there was not a Prerogative or a statutory power to agree to an extension of the period between notification and withdrawal of a Member State by Article 50 of the TEU.”

We now wait for a single “Lord Justice of Appeal” to rule on the case.  That will probably be another wait of several weeks. In the meantime, we will continue the fight but we need your help. This is England's darkest hour. Will you stand up and play your part in the defence of our ancient land? Do not leave it to others to fight. Play your part in the struggle by donating to our fighting fund today: