Good Friday is also known as Black Friday, Great Friday, or Holy Friday. Good Friday is a national holiday in many countries around the world. This solemn day is observed by fasting and then with sombre processions.

As stated by the Gospels, the Temple Guards were protected by the Jesus' disciple Judas Iscariot; in the Garden of Gethsemane he then arrests Jesus. In exchange, Judas was rewarded with money, 30 pieces of silver was his reward to betray Jesus. After the arrest, Jesus was forcibly brought to the house of Annas.

There were many conflicting testimonies against Jesus along with many witnesses, and Jesus remained numb to all this.

Herod also questioned Jesus but did not get any answer; and then send him back to Pilate. Pilate confirmed the assembly that neither he nor Herod had found Jesus guilty. He proposed of just whipping Jesus and released him. The chief priests and the crowd called for the Barabbas, who was in the prison for murdering during an insurrection. Pilate was surprised and asked what relation they had with Jesus? And the crowd demanded, "Crucify him". Pilate's wife dreamt of Jesus previous night and she already warned him not to harm this righteous man. Somehow, Pilate elbowed Jesus out from the crowd to release him. The chief priests got enraged and demanded Pilate to get Jesus be sentenced to death only "because he claimed to be God's son." Pilate got puzzled and also afraid; he brought in Jesus into his palace and asked him from where he belonged.

Pilate again faced the crowd and confirmed that Jesus was innocent and washed his own hands in water to prove that he was not involved in this criticism. However, Pilate handed over Jesus to the crowd to get crucified as he feared that a riot would start up anytime. Jesus has his cross with him to the site of execution and was accompanied by Simon of Cyrene. The sentence mentioned "Jesus of Nazareth, King of the Jews" and the execution site was said to be the "place of the Skull", or "Golgotha". He was crucified there along with two criminals. 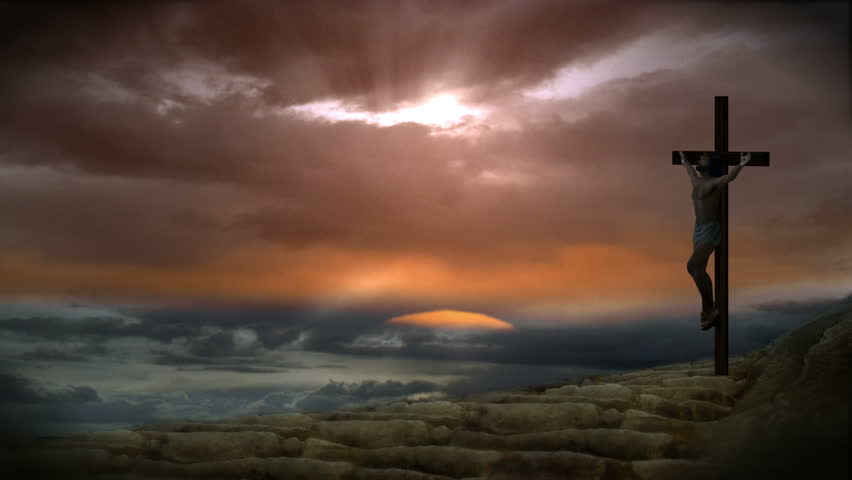 Jesus suffered on the cross for long six hours and during his last three hours on the Cross, he had seen darkness fell over the entire land. His last words were "My God, my God, why have you forsaken me?" Jesus gave up his spirit with a loud cry, followed by natural disasters like earthquake, curtains in the temple tore off, and the tombs broke open.