Gove says He Would Delay Brexit if PM

Michael Gove, a contender for Tory Party leadership, has said if he were prime minister he would consider delaying the UK’s exit from the EU. He believes he could secure a “better deal”.

Speaking at a Spectator event, Mr Gove said while he maintains that if it “comes to a decision between no deal and no Brexit, I will choose no deal”, he said that “if we’re not 100 per cent out by midnight on 31 October — then we risk making that arbitrary deadline the determinant of what a good deal is”.

“If we’re so close to the wire with what I believe is a better deal, it would be right to take those extra few days or weeks in order to land it and to make sure that we’re out,” he continued. 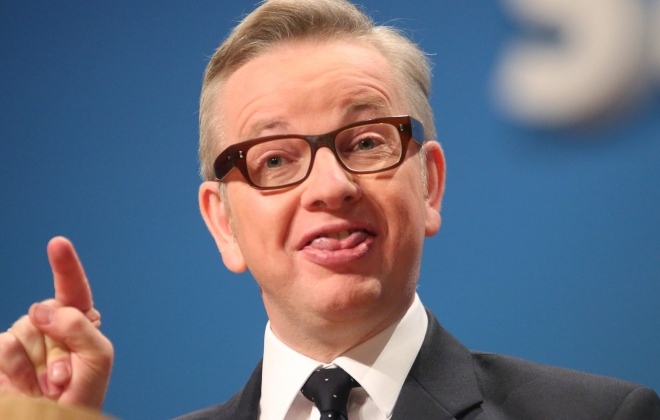 Staunch Brexiteer Mark Francois MP, Vice chairman of the European Research Group, said : “I haven’t decided who I will be backing but I won’t be backing Michael Gove.”

Former Brexit Minister Steve Baker said: “The Withdrawal Agreement and the Political Declaration have failed absolutely. They are not coming back. The next leader of the Conservative Party needs to know that and act on that basis. Our new Prime Minister will have three months to get this right, or that’s it — for this government, this Parliament and this party.”

The only way to secure the best deal with the EU is to leave without one, on WTO terms. The following day, the EU would be knocking on our door, begging for tariff-free access to the British market. Gove, the political opportunist who stabbed Boris Johnson in the back during the previous Tory leadership race, will do what Treason May did: kick the can down the road until a second referendum!