Caroline Lucas is facing a massive backlash after proposing an all-female national unity government to defy the will of the people and stop a No Deal Brexit.

The MP and former Green Party Leader, who wishes to prevent Britain’s EU withdrawal, suggested her plan could be enacted if Boris Johnson were to face and lose a no confidence vote in Parliament.

Lucas made the insane proposal in a letter sent to ten senior female MPs and published in the Guardian.

She has argued that: “We need an emergency cabinet – not to fight a Brexit war but to work for reconciliation. And I believe this should be a Cabinet of women.

“I believe women have shown they can bring a different perspective to crises, are able to reach out to those they disagree with and cooperate to find solutions,

“So I have reached out to 10 women colleagues from across the political spectrum at Westminster and Holyrood… asking that we join together to stop the dangerous pursuit of a crash-out Brexit.”

Her proposal has been slammed by figures across the political spectrum. 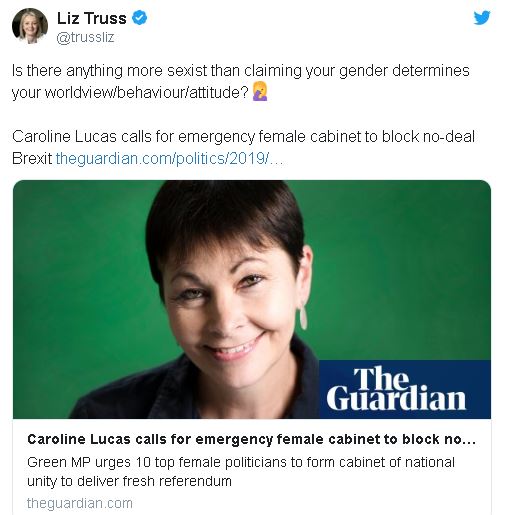 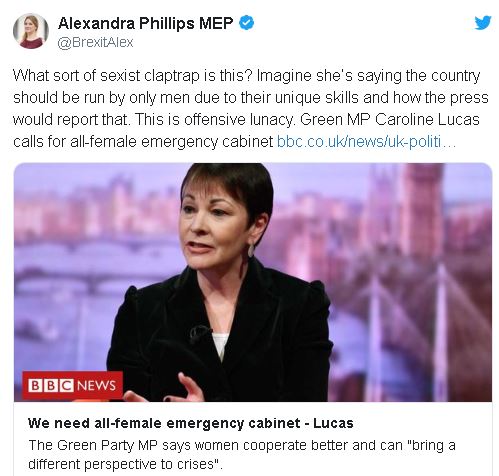 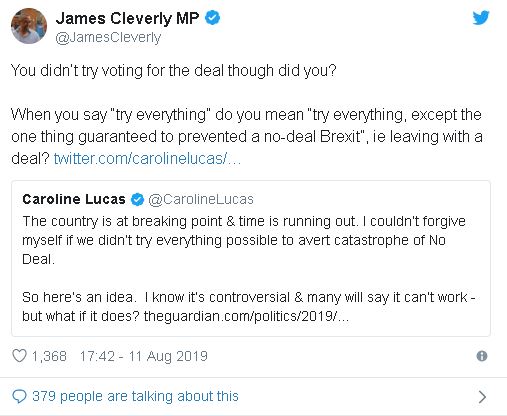 Even arch remainer Anna Soubry had reservations about insane idea, telling The Guardian: “The very serious point is that people of different political views, who might profoundly disagree over some things, need to put their differences aside and work together to stop a No Deal Brexit.”

How often have you heard feminism is about equality for men and women and how it also benefits men? It seems that does not extend to men with political ambitions!