It has been interesting over the last few weeks to see a rise in attacks on the English Democrats and on myself and also on anybody who has supported us over our case (to have the High Court Declare that the UK left the EU at the expiry of our Notice on the 29th March).

Now, after much media attention on the case, the mighty FACEBOOK politburo with Nick Clegg as their  Political commissar has completely de-platformed me without cause, warning, appeal or explanation!! But we know it is our legal case to SAVE BREXIT that has ‘bothered’ the elites. How DARE we demand Justice for 17.4 million voters! 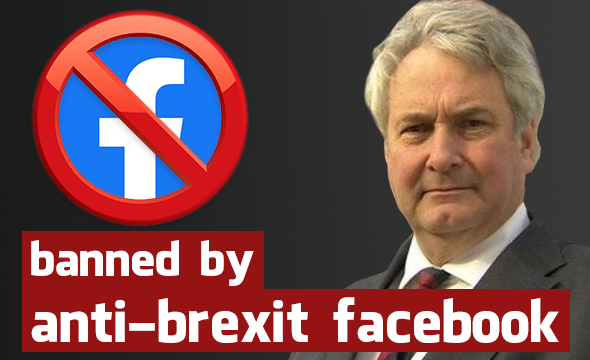 Since I have published the legal arguments, both on our side and on the Government’s, it has become very difficult for opponents to argue that this is a case without substance.

I may add that both I and our barrister, Francis Hoar, have shown the case and arguments to many solicitors and barristers, including quite a few QCs.  It is only the few that have been paid to argue against us who have suggested that our case is not a strong one in law.

This makes it hard for opponents to argue against the case.  They also would have little influence on its outcome since that will be decided in the High Court, where the result will not be capable of being influenced by them. So now the Social Media giants step in and ATTEMPT to destroy Brexit by foul means… WE MUST NOT ALLOW THEM TO SUCCEED

In the circumstances, they have chosen to attack the only thing where we have a weakness which of course is fundraising.  Therefore, we must fight even harder to win our case and to defend OUR Brexit. Are you still with me? will you stand with me? Remember, together we CAN win this and that is why they are resorting to these disgraceful tactics.

The mainstream media have played their part by refusing to give us any coverage.  In contrast to the Gina Miller case which by this stage in her case she was receiving almost daily wall to wall coverage.  My recollection is that you could hardly turn on the radio or television for any “news” items without hearing something about Gina Miller and her case! 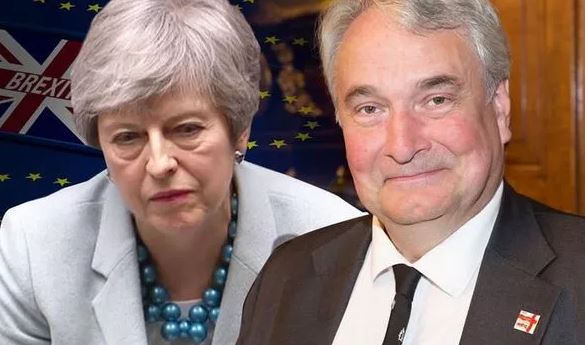 The fact that she has now signed up to front one of George Soros’ organisations to try and derail Brexit (I have been told), shows that her motivation probably was to try to derail Brexit. However, the poetic justice that occasionally emerges in life is that her case helps ours no end and may actually be the key to getting us out of the EU on a ‘no deal’ basis as of the 29th March.

Going back to the attacks on funding, the way in which donations have been made so far have been partly through the English Democrats website

Over £58,000 of donations have been earmarked for the case, although we have also had an upsurge in people joining our Party and in donating to the other appeals that we have made, such as to pay for leaflets to distribute in the EU elections.

We have also had kind volunteers help promote the case and help collect money for us.  We are very grateful to those, but they are of course not part of the English Democrats.  It is simply dishonest of our opponents to suggest otherwise.

Despite having done all this to make our fundraising as easily accessible and as open as possible, we have had attacks from various sides, so I really need to call on you go the extra mile and help me fight the case despite the attacks.

You can donate below! Every pound is a political bullet in the belly of the Westminster beast so how much do YOU want to take down the beast?

Therefore, these undemocratic and thoroughly underhanded attacks are simply ‘instrumentalist’ devices to try to undermine bringing our case effectively to trial, to give us the best chance possible of success and therefore of getting the UK Out of the EU.

I was once told that crews of Lancaster Bombers over Germany’s cities in the 2nd World War always knew that they were over the target when the flak was thickest.  As the flak thickens around us, I think we can take comfort from that thought! My response as an Englishman is simple…. WE SHALL FIGHT THE TYRANTS ALL THE HARDER…are YOU with me?