June 05, 2019
When not insulting the head of state of our greatest ally, London Mayor Sadiq Khan is turning our once great capital into a third-world war zone and then denying the daily threat many Londoners face.

Khan falsely claimed London is “not less safe” since he became Mayor even though newly released figures show a dramatic increase in crime.

The report claims that knife crime has increased by 52 percent over the last three years.

One of Sadiq Khan’s flagship policies in his manifesto was to make London a safer and more secure place. Unfortunately for Londoners, it is quite clear that this has so far been an outright failure.”

Khan has claimed repeatedly that central Government is to blame for the increase in crime rates on London’s streets.

Home Secretary Sajid Javid has promised 20,000 extra police officers “pounding the pavements” in order to lower rising crime. While Jeremy Hunt has an increase in defence spending at the top of his bill.

Conservative GLA leader Gareth Bacon claims a City Hall amendment had identified some £83 million of wasteful spending which could have funded an extra 1,738 police officers but, according to him, the plan was rejected by Mr Khan. 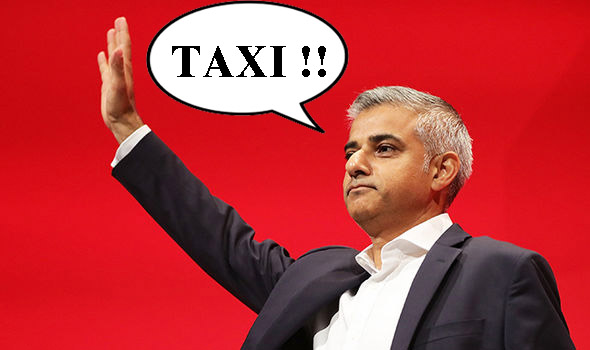 A spokesman for Khan said: “Knife and violent crime is slowing in the capital, but Sadiq is absolutely clear that it remains unacceptably high - across the country - as a direct consequence of the crippling cuts the Government has made to the police and preventative services since 2010.”

And the liberals say it is Patriots and Conservatives that spread fake news; cheeky buggers!