Labour Loudmouth and MP David Lammy said John Cleese’s recent comments about London not being an "English city" anymore were wrong and he should "not to define Englishness by DNA".

My parents came to London because Britain came to them. They love this country. Made a contribution to the country. And I challenge John Cleese: Let’s not define Englishness by solely your DNA.

Let us define it by shared values in the country that we all live in. let’s have a civic nationalism not an ethnic nationalism. 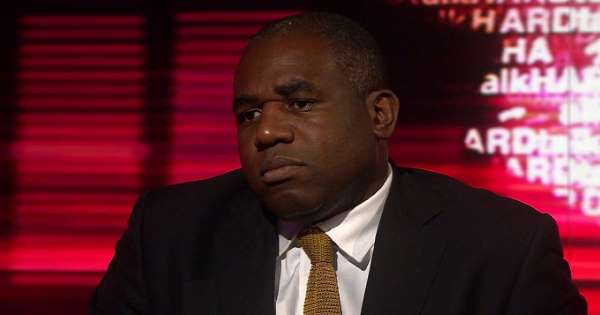 Lammy was responding to Cleese's blindingly obvious statement that London is no longer an English city. The comedy legend and Brexit supporter tweeted: “Some years ago I opined that London was not really an English city any more. Since then, virtually all my friends from abroad have confirmed my observation. So there must be some truth in it."

"I note also that London was the UK city that voted most strongly to remain in the EU," he continued.

Race-baiting Lammy is no stranger to controversy. Last year Lammy criticised television presenter Stacey Dooley for perpetuating “tired and unhelpful stereotypes” about Africa after she travelled to Uganda for a Comic Relief documentary and shine a light on poverty in the region.

Dooley responded by inviting Lammy to travel to the continent himself while Comic Relief suggested the MP had snubbed an offer to collaborate with the charity on a film in Africa.