Machete and Shooting Mayhem in Birmingham

West Midlands Police have released CCTV images as part of an ongoing investigation into a machete and shooting attack that left many injured and onlookers terrified.

Five people were shot and another slashed in the face with a machete when a brutal fight broke out on Longbank Road, Tividale, at 8.45pm on Thursday, July 25.

The five who were shot with an air rifle suffered minor injuries whilst a man was left seriously injured after being attacked with what appeared to be a massive machete. 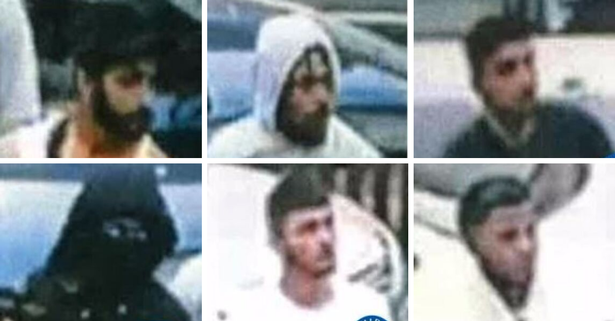 Do you recognise these men?

We are appealing for information following a disorder on Longbank Road, Tividale, at 8.45pm on July 25.

A 38-year-old man was arrested on suspicion of wounding with intent and has been released on police bail while enquiries continue.

We understand some of the images are not great quality, but we believe someone will recognise them.

It is London, our capital, that often makes the news as the crime capital of our nation. Not so! Birmingham like all other major cities is undergoing a demographic transformation, turning it into a lawless, crime infested hell hole. It is also a labour-dominated city. Coincidence? I think not!