MP Tables Motion of No Confidence in Bercow

Brexiteer Tory MP Crispin Blunt has tabled an early day motion for debate of taking a formal position of no confidence in Speaker of the House of Commons John Bercow, based on how he has handled Parliamentary procedure in favour of Remainers.

Mr Blunt revealed Tuesday afternoon that he had tabled an early day motion — motions submitted for which there is no fixed day of debate — writing, “There are well over 100 MPs profoundly unhappy with the conduct of the Speaker” and his “handling of the Brexit issue.”

“His decisions have helped contribute to the national paralysis on this great question of our day. His position is overt and wholly partial and the only means for properly saying so under our rules, as the assumption of the Speaker’s impartiality by our customs and practice, is on a substantive motion.” 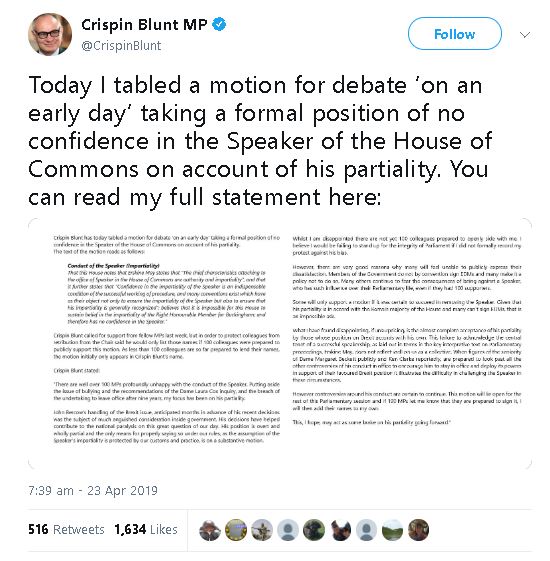 “This motion will lie open for the rest of this Parliamentary session and if 100 MPs let me know that they are prepared to sign it, I will then add their names to my own.” 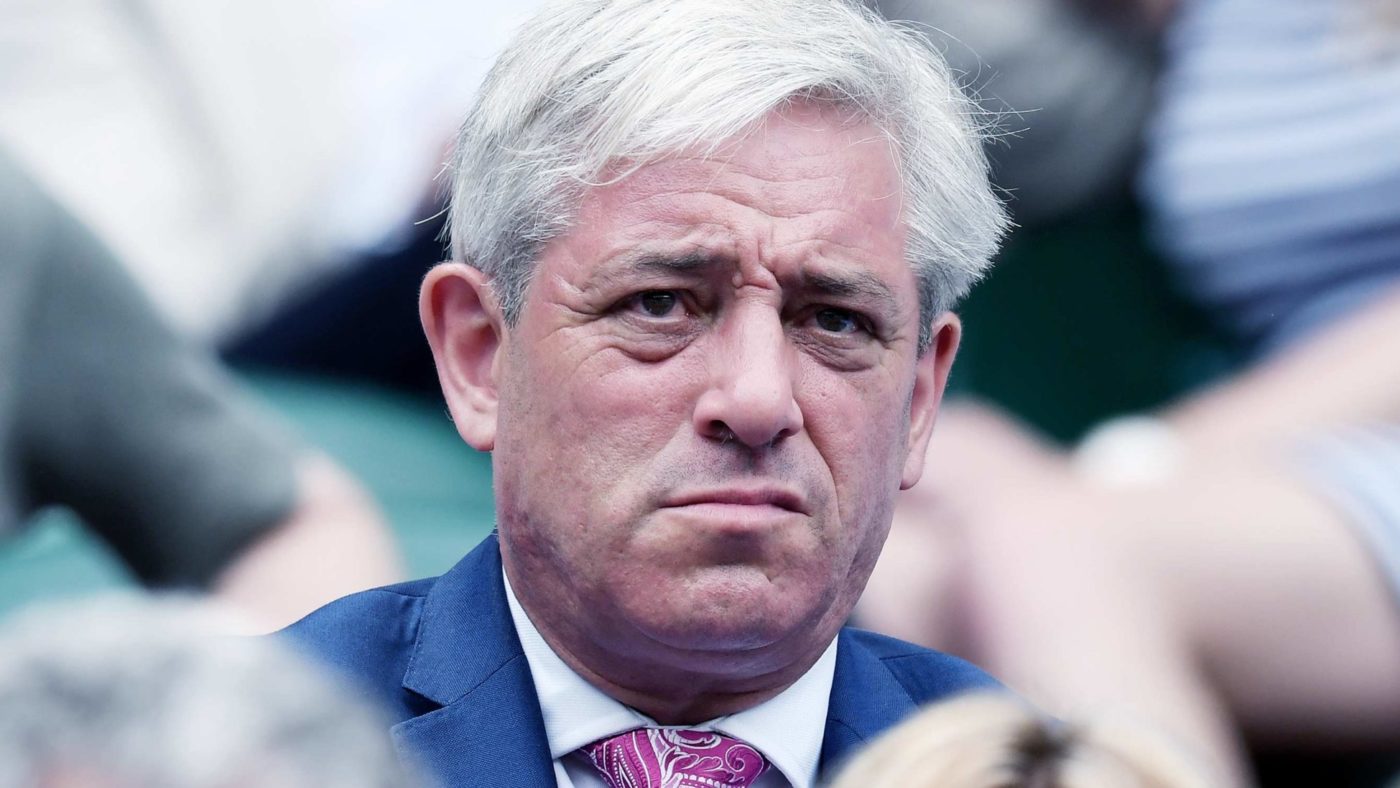 Speaking to Tom Swarbrick on LBC radio, Mr Blunt said, “I think the question of his partiality over Brexit is now over and it needs to be formally called out.”

The MP, who voted for Leave and backed Prime Minister Theresa May’s controversial Withdrawal Agreement but does not rule out a clean, no deal Brexit, added, “There is an open secret here of collusion with Oliver Letwin and Yvette Cooper in trying to find ways of disrupting the Government’s management of Brexit business.”

In January, the Speaker had been accused of breaching House of Commons precedent by ignoring the advice of clerks by abandoning Parliamentary procedure and allowing MPs to vote on an amendment intended to stop a no-deal Brexit.