Sign our NATIONAL PETITION and demand the government press ahead with no-deal Brexit. 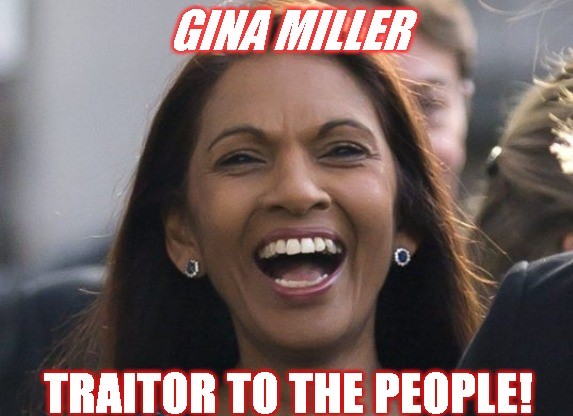 The Supreme court has ruled against the proroguing of Parliament and the 17.4M people that voted for Brexit.

This decision today is an attack upon her Majesty the Queen and the English people!

Gina Miller and the liberal elite have sought from day one to deny us Brexit and our basic democratic rights…now they have succeeded!

As of today, our democratic rights and our ancient liberties are no more.

What has become of our once great Nation?

Wealthy, liberal elites have stolen the power and sovereignty of the people through the executive of Parliament and subjugated the will of the people to the tyranny of wealthy, foreign demagogues!

Who is actually in charge of our Nation: Gina Miller or the English people?

Sign our NATIONAL PETITION and demand the immediate implementation of no-deal Brexit by the Prime Minister.

God save our Queen, God bless England; we will have our Brexit, one way or another!