Another migrant crime that has escaped the attention of the fake news media!

A man has been found guilty of attacking and raping a woman at her home in Newcastle. 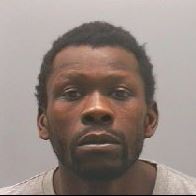 Hilario Mendonca, 29, forced his way into an address in the east end of the city in January last year, forced the female occupant upstairs and then raped her.

Neighbours were woken by the screams of the victim during the early morning attack and contacted police who were deployed to the scene.

The sexual predator was arrested at the address and later charged with one count of rape. However, he denied the charge and the case went to trial.

But on Monday Mendonca, of Raby Street, Byker, was convicted by a jury after a 10 day trial at Newcastle Crown Court.

Detective Constable John Bentley led the investigation and praised the victim for her bravery. He also thanked the neighbours who reported the incident to police.

Det Con Bentley said: "Mendonca has shown no remorse for what he has done and made this victim suffer the further trauma of enduring a trial.

"Thankfully the jury have seen this man for the danger he is to women and found him guilty of rape.

"It will never be enough for the victim to recover from all of this but I hope it is a small step in being able to move on with her life.

“I’d like to thank the public who reported the incident as we have been able to take action quickly and get vital evidence to support the case.

“We need people in communities to be our eyes and ears so thank you for your vigilance and compassion.”

Mendonca will now be sentenced on September 25 at Newcastle Crown Court where he is expected to receive a lengthy jail term.