In 1509, Henry VIII ascends the throne of England on the death of his father, Henry VII.

Henry is also known as "the father of the Royal Navy"; he invested heavily in the Navy, increasing its size greatly from a few to more than 50 ships.

After breaking with Rome Henry and England incurred the threat of a large-scale French or Spanish invasion. To guard against this, in 1538, he began to build a chain of expensive, state-of-the-art defences, along Britain's southern and eastern coasts from Kent to Cornwall, largely built of material gained from the demolition of the monasteries. 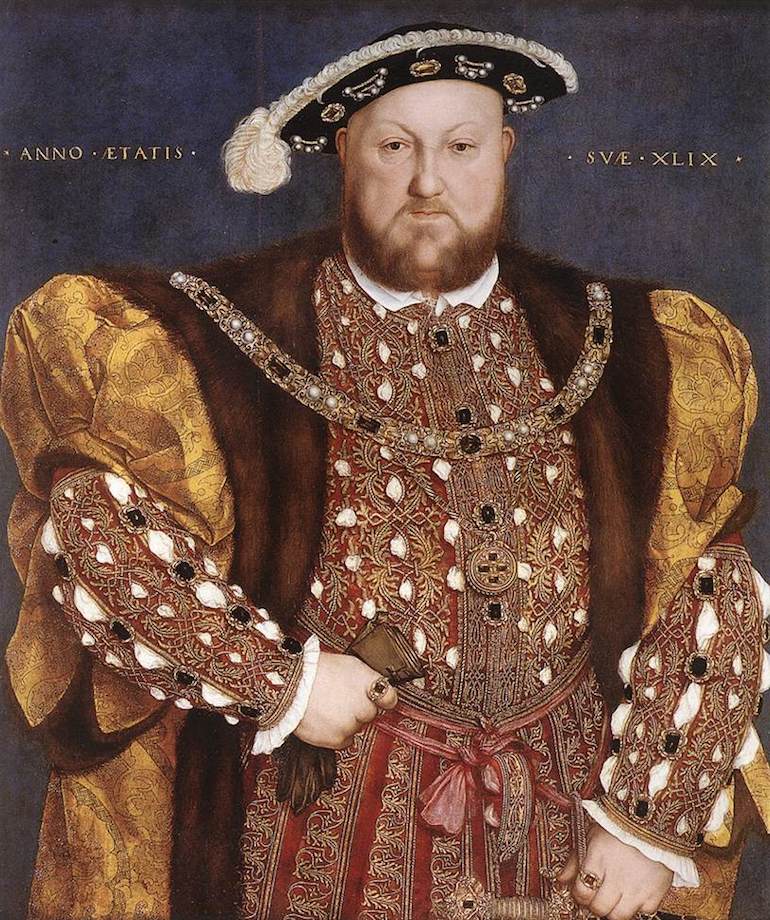 These were known as Henry VIII's Device Forts. He also strengthened existing coastal defence fortresses such as Dover Castle and, at Dover, Moat Bulwark and Archcliffe Fort, which he personally visited for a few months to supervise.The building works, including that at Berwick, along with the reform of the militias and musters, were eventually finished under Queen Mary.

Henry was responsible for the establishment of the "council for marine causes" to specifically oversee all the maintenance and operation of the Navy, becoming the basis for the later Admiralty.