Talks Between Blair & Soros Covered Up

Allegations that Information about talks between Tony Blair and George Soros have been redacted from official reports of Davos meetings published by the European Commission are only now coming to the surface.

The talks are said to have centred around a plan to prevent the United Kingdom leaving the European Union, EU Observer reports.

The European Commission released a series of summaries of discussions that had taken place at the summit but redacted large portions of text.

Some of the redacted lines censored the summary following the heading: “Soros and Blair: discussions with the two earliest backers of a ‘People’s Vote”. 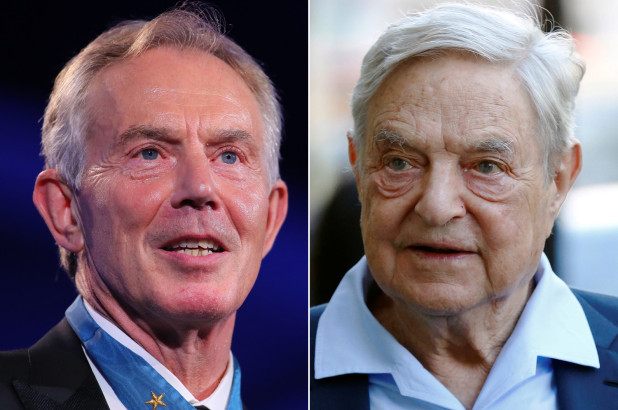 EU Observer claims the redactions come despite the Commission’s claim that they were becoming more transparent, with the information withheld to “protect its decision-making process”.

Blair released a joint statement with the former Irish leader Bertie Ahern this month in which he urged the United Kingdom to hold a so-called “People’s Vote”, or second referendum, on Brexit.

Blair has also reportedly been advising French president Emmanuel Macron on how to keep Britain from leaving the EU. This advice included briefing Macron that the EU should offer no concessions in order to force the British government to give up on Brexit entirely.

Blair reportedly told President Macron that he should “hold firm and then we’ll end up staying.”

Soros, known as “The Man Who Broke the Bank of England” in the 1990s, sent money to a group called Best for Britain.