The trials took place in the Great Hall of Taunton Castle (now the home of the Museum of Somerset.) Of the more than 500 prisoners brought before the court, 144 were hanged and their remains displayed around the county.

The Monmouth Rebellion was an attempt to overthrow James II. Prince James, Duke of York, had become King of England, Scotland, and Ireland upon the death of his elder brother Charles II on 6 February 1685. James II was a Roman Catholic and some Protestants under his rule opposed his kingship. James Scott, 1st Duke of Monmouth, the eldest illegitimate son of Charles II, claimed to be rightful heir to the throne and attempted to displace James II. 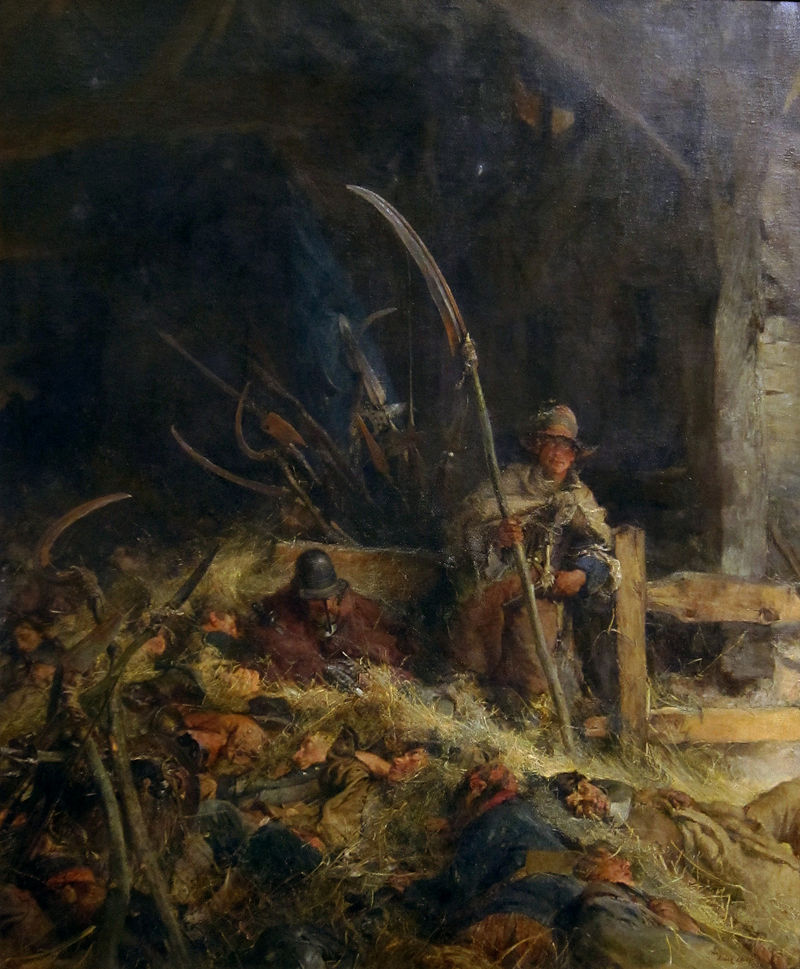 Monmouth and his army fought a series of skirmishes with local militias and regular soldiers commanded by Louis de Duras, 2nd Earl of Feversham and John Churchill (a descendant of Winston Churchill) who later became the Duke of Marlborough. Monmouth's forces were unable to compete with the regular army. The rebellion ended with the defeat of Monmouth's army at the Battle of Sedgemoor in July of 1685 by forces led by Feversham and Churchill.

Monmouth was executed for treason on 15 July 1685.

James II reigned until 1688, when he was overthrown by William of Orange in the Glorious Revolution.