Shakespeare is widely regarded as the greatest writer in the English language, the world's greatest dramatist and England's national poet.

He was born in Stratford-upon-Avon, although his actual date of birth remains unknown. Shakespeare married the 26-year-old Anne Hathaway, in 1582 when he was 18, not an uncommon age to marry for a man of his time.

The first recorded works of Shakespeare are Richard III and the three parts of Henry VI. The early plays were influenced by the works of other Elizabethan dramatists, especially Thomas Kyd and Christopher Marlowe, and by the plays of Seneca.

Playwright Robert Greene called Shakespeare an "upstart crow”, accusing him of reaching above his rank compared with university-educated writers such as Christopher Marlowe and Greene himself, but the cleric and author Francis Meres singled him out from a group of English writers as "the most excellent" in both comedy and tragedy.

His plays were extremely popular making him both famous and wealthy. He would go on to write Henry V, MacBeth, Richard II, King Lear and Hamlet, three of the greatest plays in the English language.

Shakespeare died on 23 April 1616, at the age of 52. No extant contemporary source explains how or why he died. 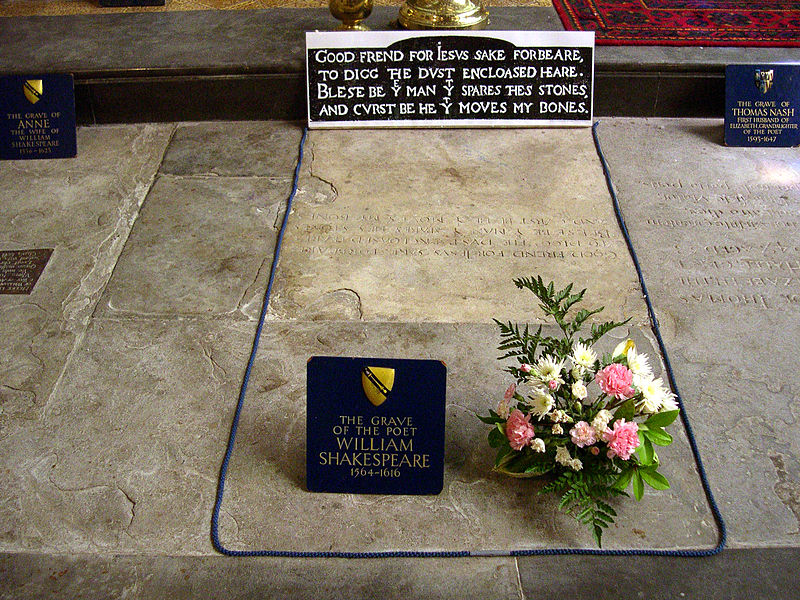 Shakespeare's work was performed throughout the next hundred years as his fame and reputation grew throughout the country. With the advent of film came over 400 film adaptations. The Guinness Book of Records lists Shakespeare as the most filmed author.