Former Labour prime minister and Europhile Tony Blair is calling for a second referendum on Brexit.

Blair, one of the most hated Prime Minister's in living memory, claimed “Conversations between campaigners, politicians and the public will at times be difficult but politics is always full of difficult conversations. The important thing is to get to the right place in the end.” The "right place," in Blair's view would be our continued membership of the EU.

Britain must participate in the upcoming EU elections despite voting to Leave the European Union nearly three years ago.

Blair, once touted as a potential EU President, is leading the charge for a second referendum. 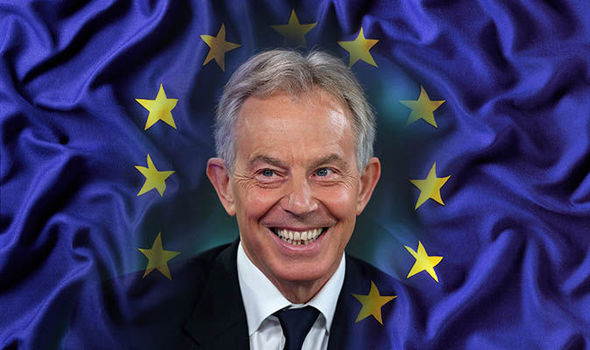 “It is also time to be brutally honest about the real choices and the real consequences of those choices,” Blair and former Irish Taoiseach Bertie Ahern insisted in a joint statement.

“Part of [the Irish] nationalist aspiration is to have an open border between North and South, which then leads to broader questions about Single Market access and a customs union. Therein lies the problem.”

“It is precisely because of such issues as the Border that there should be a confirmatory vote on whatever now emerges from the Brexit process in parliament… They, the people of the UK, should have the final say,” Blair and Ahern said.

Blair claimed that voters are increasingly changing their minds on Brexit without presenting any evidence.