Buckingham Palace has announced American President Donald Trump will make a three-day state visit to the UK from 3 to 5 June.

The president and First Lady Melania Trump will be guests of the Queen and will also have official talks with the prime minister at Downing Street.

In a statement, The White House said the upcoming trip would reaffirm the "steadfast and special relationship between the United States and the United Kingdom".

From the UK, Trump and Melania will travel to Normandy in France on the invitation of French President Emmanuel Macron, to commemorate the D-Day landings.

Mrs May said June's state visit was an "opportunity to strengthen our already close relationship in areas such as trade, investment, security and defence, and to discuss how we can build on these ties in the years ahead".

However, there will be no carriage procession, and the Queen is unable to host the presidential couple overnight at the palace, due to long-term refurbishment work.

Trump's four-day visit to the UK last year was met with large protests by far-left activists in London. 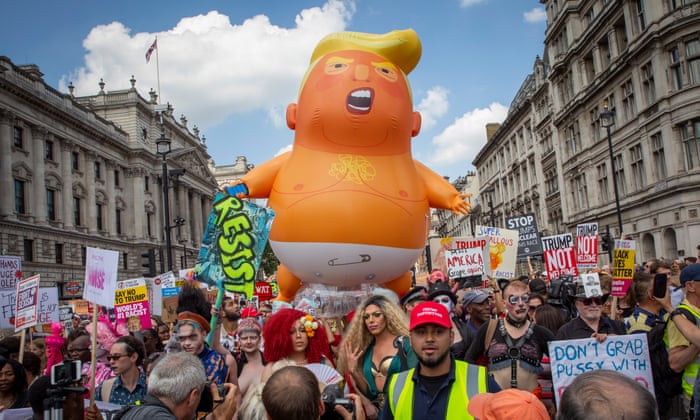 The capital's anti-Trump demonstrations featured a 20-foot "Trump Baby" blimp that flew outside Parliament -- and given permission to do so by anti-Trump Mayor Sadiq Khan.

Trump hit out at Khan for his handling of terror attacks carried out in London, and Khan also slammed Trump for retweeting so-called "anti-Muslim" propaganda and suggested May shouldn't welcome Trump into their country for a state visit.
-->