President Donald J Trump has said that he will strike U.S.-UK trade deal once Britain frees herself from the bureaucracy of the European Union.

President Trump, on a state visit to the UK, tweeted: “Also [a] big Trade Deal is possible once [the] UK gets rid of the shackles. Already starting to talk!” 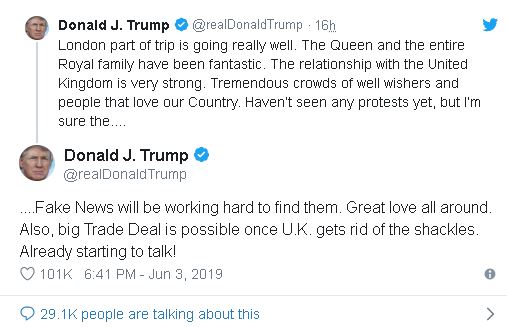 The tweet came ahead of a breakfast business meeting at St James’s Palace between President Trump and Prime Minister Theresa May on Tuesday morning.

The US President and the Prime Minister will discuss transatlantic bilateral trade, and will remind those attending that the U.S. is the UK’s largest trading partner.

Also in attendance will be the international trade secretary Liam Fox, Chancellor of the Exchequer Philip Hammond, Prince Andrew, the Duke of York, ten business leaders from British and American companies. 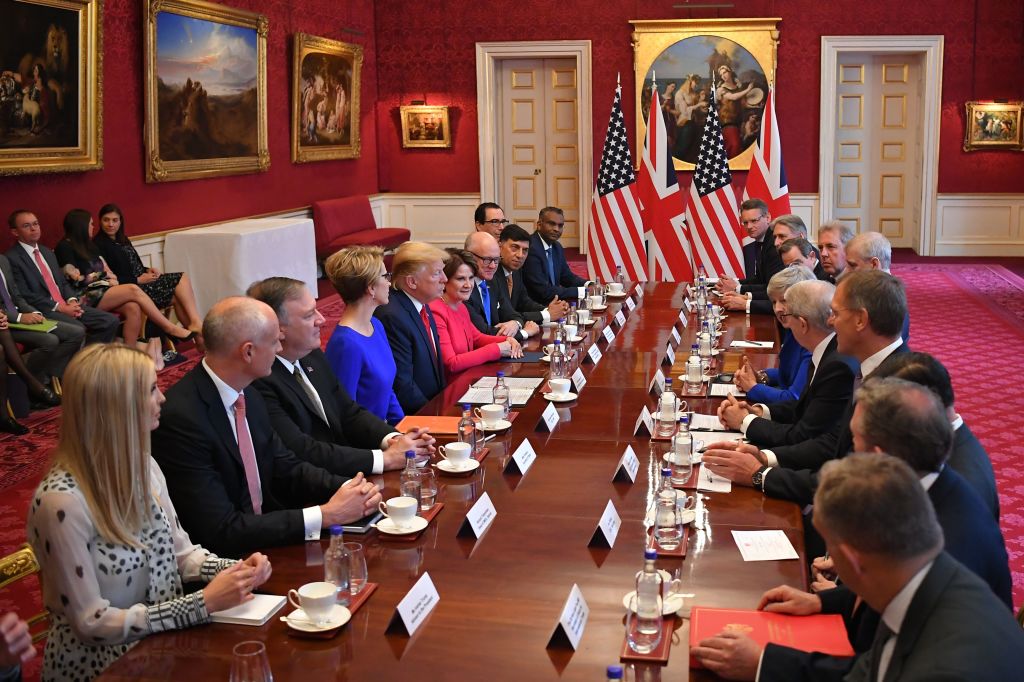 During the meeting in Downing Street, President Trump and Prime Minister May are set to discuss Huawei, Iran, and Brexit.