Why? Why would you break headstones? What thrill would somebody get out of desecrating a hero's grave?

Police are investigating and appealing for information after a number of graves, the majority of which were military graves, were found desecrated as allied nations commemorated the bravery and loss of life on the 75th anniversary of the D-Day landings.

The smashed headstones, which featured the name, rank, regimental badge, and a symbol of faith of British and Commonwealth servicemen were discovered in Shipley, West Yorkshire on June 6th, the 75th anniversary of D-Day, the massive counter-invasion of Western Europe by British, Commonwealth, U.S., and other soldiers. Pictured above are other such stones of the same design at a graveyard of war dead in northern France.

The Commonwealth War Graves Commission confirmed the damage to the stones and has placed temporary markers in their place while replacements are carved.

The Commission said in the statement the attack on the memory of war dead who fought for Britain was deeply upsetting, noting: “It is particularly distressing that someone has shown such a complete lack of respect during the week of the D-Day 75th anniversaries, when so many tens of thousands assembled around the world to reflect and pay deserved respect to the war dead.” 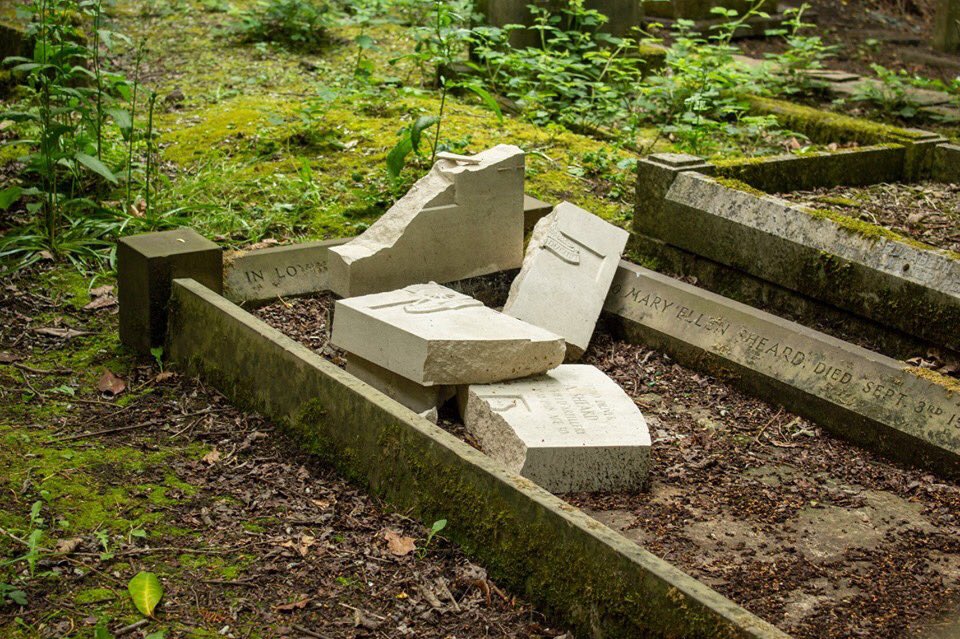 They said six of the eight war graves at Hirst Wood Church Burial Ground in Shipley had been targeted. The Commission noted that one of the graves belonged to a Great War veteran who was killed in action exactly 98-years-ago to this day.

The BBC reports the comments of Police spokesman Detective Inspector Amanda Middleton, who said: “The gravestones were destroyed in what was a mindless act of destruction and I would urge anyone with any information to come forward and speak to the police.

“High visibility reassurance patrols have been stepped up in the area whilst officers continue with their inquiries.”

Police believe the vandalism may have happened in the day before the D-Day anniversary.

If & when the culprits are apprehended, let's hope they receive the most severe penalty possible.