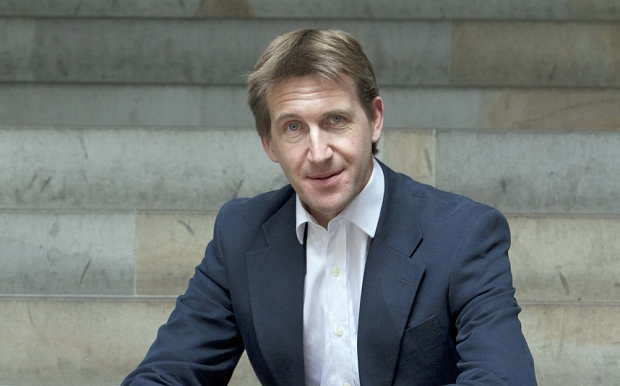 On May 3rd 2018 South Yorkshire mayoral elections took place. Dan Jarvis MP for Barnsley central was elected. Unknown to the voters Mr Jarvis was being investigated by South Yorkshire police for electoral fraud. Unfortunately this information was hidden from the voters during the campaign by a conspiracy of silence within the “mainstream” media including the BBC and ITV in particular.

Mr Jarvis was being investigated because he and his agent had provided a false and incomplete home address in his nomination papers. This is against the law. In addition, Mr Jarvis and his agent contrived to camouflage his actual constituency home address by indicating that the Sheffield Trades and Labour club was some sort of home or constituency office. I

In addition, Mr Jarvis suggested to David Allen that owing to his military background he was not bound by electoral law. David contested this and asked him to provide his exemption from the law and that if he did so the matter would be dropped, and David would apologise. Mr Jarvis has produced no such exemption! (Because of course there isn’t one!).

Most shocking was the determined and successful media shutdown. Indeed, David was told before the BBC Radio Sheffield debate by the show’s producer that if David mentioned anything regarding Dan Jarvis being investigated by South Yorkshire police he would ‘cut it out’. He also insinuated that the media conspiracy of silence had a general sanction too. Also David was ‘no platformed’ from some of the Mayoral election hustings debates.

David believes that the Establishment’s efforts to protect Mr Jarvis during the election campaign would have had an effect on the ability of voters to make a proper choice at the ballot box. In short, it was a deliberate attempt to interfere in the democratic process.

Mr Jarvis had already challenged the rules by threatening not to stand as the mayoral candidate after the Labour NEC told him he could not be both MP and mayor of South Yorkshire. In this instance Jarvis realised the importance of his parliamentary seat and its salary. The Labour NEC relented and allowed him to stand for both. It is hard to imagine after this why Mr Jarvis would then think that with the advice of the highly professional electoral staff at Sheffield city region it was a good idea to submit nomination papers clearly in contravention of the law, or indeed that no one would notice.

In cases of election fraud there is limitation of one year on the time available to prosecute.  So far South Yorkshire police and the CPS have refused to confirm if any action is to be taken against Mr Jarvis and/or his agent despite several requests to do so. The combination of these actions in concert with those listed above would tend to suggest that the powers that be hold the voters of South Yorkshire in contempt and it appears that the law might apply only when it suits. It is because of this that we intend to take up a private prosecution where the state has failed, so far, to act.

David says that he has personally seen nationalists guilty of electoral fraud severely punished by the courts and their liberty removed and listened to the presiding judge berate the convicted electoral fraudster that even the smallest infraction of our democratic process should and will be punished without restraint.

Recent high profile cases of nationalists flouting the rule of law have seen torrents of self -righteous opprobrium poured upon them by the press.

David says:- “Let’s see if these bastions of moral rectitude are as keen to point out their love of the rule of law should Jarvis come before the court or will they just confirm their establishment credentials and rank hypocrisy?”

Please help us in our cause to see if the rule of law is not only applied to us but applies to them too!

The law is clear that whatever punishment the court decides to impose upon either Dan Jarvis or his Electoral Agent, the automatic civil penalty is that upon conviction there is an automatic ban of 5 years to hold public office and automatically the election for the Sheffield City Region/South Yorkshire Mayoralty is void and has to be re-run.

If Dan Jarvis is convicted, which seems highly, then additionally there will be a by-election for the Parliamentary seat of Barnsley Central.

Please help us make sure that it is brought home to even the entitled British Political elite that they have to obey the law and help us pursue Dan Jarvis and his Agent for deliberately breaking the law by giving a false address and shaming the mainstream media that refused to report this case before it had happened and remind them that they are not just the voice pieces of the British Political Establishment but should properly and fairly report the news.

The address that has been given in Dan Jarvis’ Nomination Forms, of 76 Marsham Road, London, is unquestionably false, in the basic and obvious sense that there is no such address. Here is a link to the Statement of Persons nominated where you can see Dan Jarvis’ false address given as his home address >>> https://sheffieldcityregion.org.uk/wp-content/uploads/2018/04/Statement-of-Persons-Nominated.pdf

The “full home” address has to be given on nomination forms 1a and 1g. On 1g Mr Jarvis would have also formally signed the form in the presence of a witness.

It follows that either Dan Jarvis himself or his Agent, Paul Nicholson, or both of them are guilty of the offence of “a corrupt practice” pursuant to SECTION 65A(1)(A) OF THE REPRESENTATION OF THE PEOPLE ACT 1983.  The charge sheet might look like this.

On or before 6th April 2018 in the offices of Sheffield City Council in South Yorkshire Dan Jarvis (or his Election Agent) caused or permitted to be included in a document, namely a local government election nomination form relating to a candidate stated to be Dan Jarvis which was delivered or otherwise furnished to Dr Dave Smith the returning officer for use in connection with the Sheffield City Region Mayoral Election in South Yorkshire held on 3rd May 2018 a statement of the home address of the said candidate, which you knew to be false.

There is also an arguable charge under SECTIONS 3 AND 6 OF THE FORGERY AND COUNTERFEITING ACT 1981. The charge sheet for this might look like this.

Details of Offence on or before 6th April 2018 at the offices of Sheffield City Council in the County of South Yorkshire used an instrument, namely a local government election nomination form relating to Dan Jarvis which was and which they knew or believed to be false with the intention of inducing the Returning Officer, Dr Dave Smith, to accept it as genuine and by reason of so accepting it to do or not to do some act to his own or another person’s prejudice.

(Upon conviction upon indictment of this offence which is called the “Misuse of a Statutory Instrument”, the person so convicted may be sentenced up to 10 years imprisonment.)

Turning now to prospective pleas in mitigation after conviction.  No pleas will make any difference to the voiding of the election if Mr Jarvis wins it and the disqualification from elected public office for 5 years for whoever is convicted, but subject to that proviso other prospective sentences are open to the court and pleas in mitigation will of course be taken into account.

So one plea in mitigation might be that Mr Jarvis does have some connection with 76 Marsham Street (as opposed to “Road”).  However 76 Marsham Street is a block of flats and there is no flat address given, nor of course the post code, so the address given will still be wholly inadequate.  Furthermore we have carefully checked the Westminster City Council Electoral Roll and, so far as we can see, Mr Jarvis is not registered on the electoral roll anywhere in Westminster, let alone in 76 “Marsham Street”.

In his last two nominations for election to the Parliamentary Constituency of Barnsley Central Mr Jarvis has given an address which is stated in the “statement of persons nominated” to be in the Constituency of Penistone and Stockbridge.”

As it is a legal requirement to register on the electoral roll, this is curious.  This alleged location of his “home address” is given on the published Notice of Persons Nominated for Election as the MP for Barnsley Central here >>> https://www.barnsley.gov.uk/media/5855/statement-of-persons-nominated-barnsley-central.pdf

If there is a pattern of giving wrong or false addresses then that might be corroborated by the fact that the address given in the “imprint” to Mr Jarvis’ election address in the Mayoral Election Booklet.  This gives his agent’s, Mr Paul Nicholson, address as being the Labour Party headquarters, but Mr Jarvis’ address is given as, in effect, the side of the same building.  The effect is (no doubt deliberately) deceptive to those who look at the booklet, suggesting that Mr Jarvis has a separate address in Sheffield.  We doubt whether in fact Mr Jarvis has any real connection to the Sheffield address even if it is an actual real address rather than another false address, since we would have thought he is either working up in Westminster or at his constituency office in Barnsley Central.

Furthermore we understand that Mr Jarvis told fellow Mayoral Candidate, David Allen, that he had given the false address because of “security” reasons.  Mr Jarvis claimed he was exempt from having to give his home address.  We do not believe this to be true because any exempting must be in the Law (not overriding the Law).  Also Mr Jarvis would not have to give a false address if he had a legal exemption.  However that he has implicitly admitted that putting a false address was deliberate and we also believe now that he may have done so in the previous parliamentary elections too.

We think that this has been done out of an all too typical politician’s sense of entitlement that legal rules don’t apply to them (just like we saw in the MP’s expenses scandal).

What do you think?  Please help us!!