Respected local GP Keith Wolverson, 52, has been suspended from his job  after he asked a mother to remove her veil in order to hear the details of her child's medical condition.

Dont forget, you can also sign our national petition!

Mr Wolverson, a practising GP for 23 years, explained to the mum that he wanted to provide the best and safest treatment for her daughter and “needed a clear understanding for her condition”. Mr Wolverson said the patient agreed.

He said that she had obliged and that there was no issue but half an hour later the woman’s husband arrived at the surgery and lodged a complaint against the doctor with his supervisors.

Dr Keith Wolverson admitted he was "rather fearful of the consequences" after finding out he had been reported to the General Medical Council (GMC) and would be the subject of a racial discrimination inquiry. 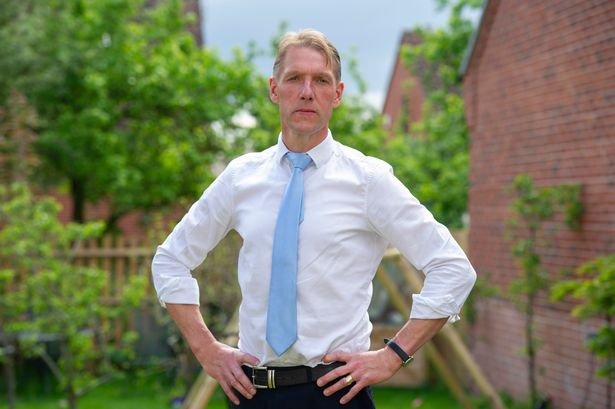 But despite being upset at the inquiry, Mr Wolverson said he was "absolutely bowled over" by the petition.

He said there was no sign the patient was upset during the consultation at the Hospital in Stoke last June.

The GP said he would continue to "fight to the bitter end" in order to carry on working in the profession he loves.

Following the incident, Mr Moverson said: "I asked a lady to remove her face veil for adequate communication, in the same way I'd ask a motorcyclist to remove a crash helmet.

"When the letter came through, I was rather fearful of the consequences.

"I'm a little bit sad the country has been committed to depths such as this.

"But it takes more than this to knock me off my perch."

Mohammed Shafiq, of the Ramadhan Foundation, has urged the GMC to send the doctor on a diversity awareness course.